You Are Here: Home » Leadership

A native of Brooklyn, New York, Cleveland, understood at an early age the possibilities of where education and basketball could take him. He received a full basketball scholarship to New Hampshire College (NHC) now known as Southern New Hampshire University (SNHU) where he was introduced to a different way of life.

During his undergraduate years while playing basketball for NHC, he was rewarded for the God given talents he possessed as the only player in NHC history and fifth in New England Division II basketball to have more than 2,000 career points and 1,000 rebounds. He was dubbed the rubber band man for the ease with which he maneuvered his 6 foot 5 inch frame–210 lbs. He was All American in 1986, 1987 and inducted into New Hampshire College Athletic Hall of Fame in 1993. After receiving his Bachelor’s degree in Business Management, he played in Europe for several years. Upon his return home to Brooklyn, New York his journey of giving back began when he applied to the Board of Education for employment where he has been for over two decades. In addition, he became the coach in the district where he currently teaches–Lawrence, NY. Cleveland mentors, teaches, advocates and protects at home, in school, on the court, in the streets and in church all because he cares.

He is married to the love of his life Joliette Hall-Woods and they have two sons and one daughter. It is his love for the family he has created which drives him forward with such purpose. 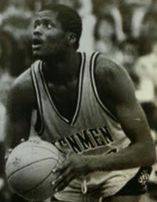 Dov Frier’s love for basketball has been a very long lasting road of passion.  Dov spent the first 5 plus years of his life crawling and eventually walking around the University of Connecticut while his father was earning his graduate degrees.  Dov knew then what he still knows now basketball and education are a very good mix.

Dov Frier brings a wealth of teaching as well as basketball experience to All-In-One-Athletics.    Dov has been working as an educator in the Lawrence School District for the past 14 years and brings his same passion for basketball to his classroom teaching.  Prior to teaching at Lawrence, he was just a short trip down the road, where he was an educator at Lawrence Woodmere Academy.

Dov was a former varsity boys basketball coach for Lawrence High School.  He has worked at Coleman Country Day Camp as a basketball instructor  in their athletics department.  Dov also worked for All American Basketball  Camp for 5 years. He also coached girls varsity basketball at Lawrence  Woodmere Academy and junior varsity at JFK High School in Bellmore.

Dov Frier may have developed his love for basketball by watching UConn’s many championship teams, but the road is far from at an end.  Go Huskies!!! 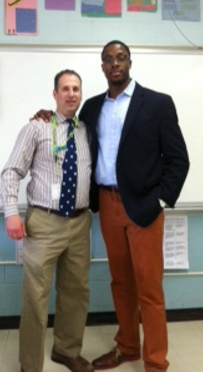 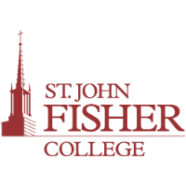 ALL In One SOCIAL HUB